Since I graduated from college three weeks ago, my new roommate says I have taken on a new obsession to help with the transition: gardening. (A little bit of dirt is good for the soul.) A few years ago, I heard of a neighbor growing carrots in a 5-gallon bucket, and finally, I decided to try it out for myself.

This project began at my parent’s house (because they have tools and I do not). First step was buying the list below: 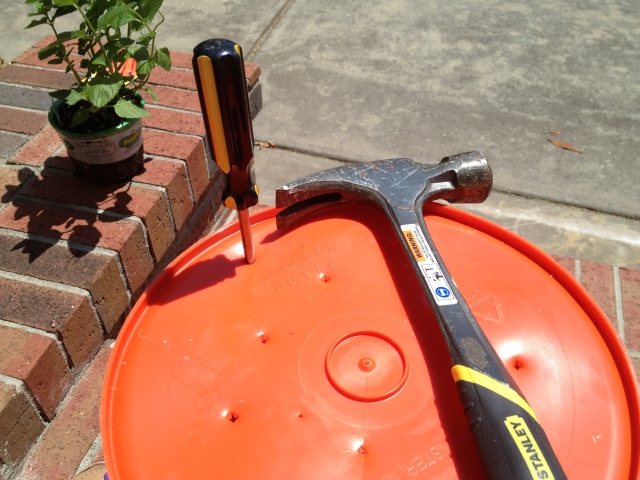 Before I can pour in the dirt, I prepared the bucket by poking holes in the bottom using a hammer and screwdriver. I found that the holes I made near the center of the bucket caused cracks (which I did not want). So, just beware that can happen. 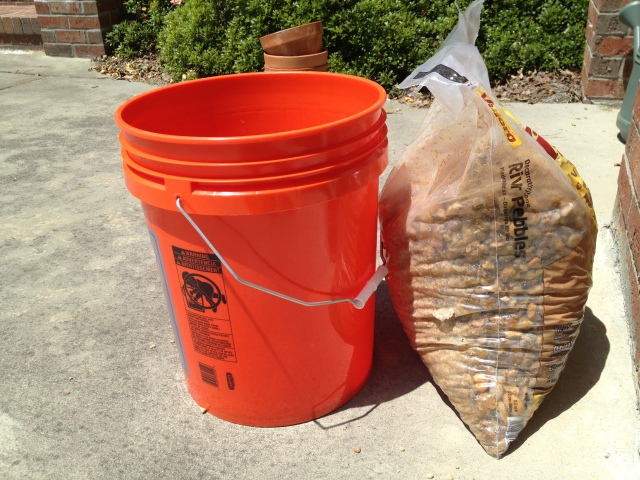 With holes finished, I put a 3-inch layer of rocks at the bottom of the bucket. I purchased river pebbles, but if I was to do it again, I probably would have used larger rocks. 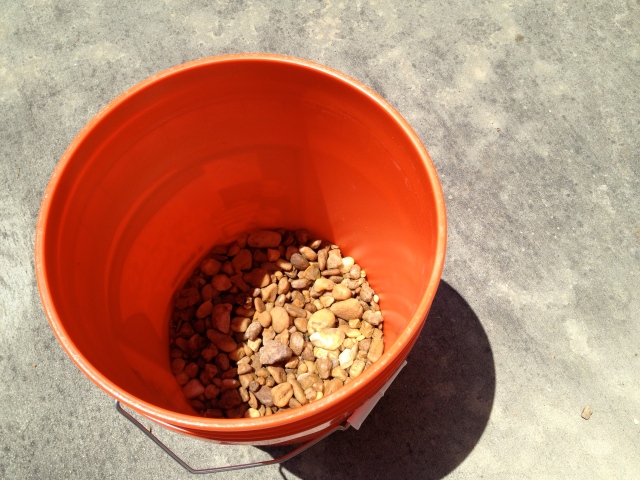 Next, I filled the bucket up with dirt.

I read online that carrot seeds should be sown in about 1-inch deep of dirt. And that I could sew a good amount of seeds (like 40-60). So I did. (This is the point of the project where you should know that I am 100% a novice gardener. I can tell you what I did, but I do not know if this is correct.)

But with that being said, after a week of being in full-sun and being watered everyday, I had sprouts! I am not sure how long this growing process will take, but I will need you updated. The lesson to be learned – If I can do it, so can you! 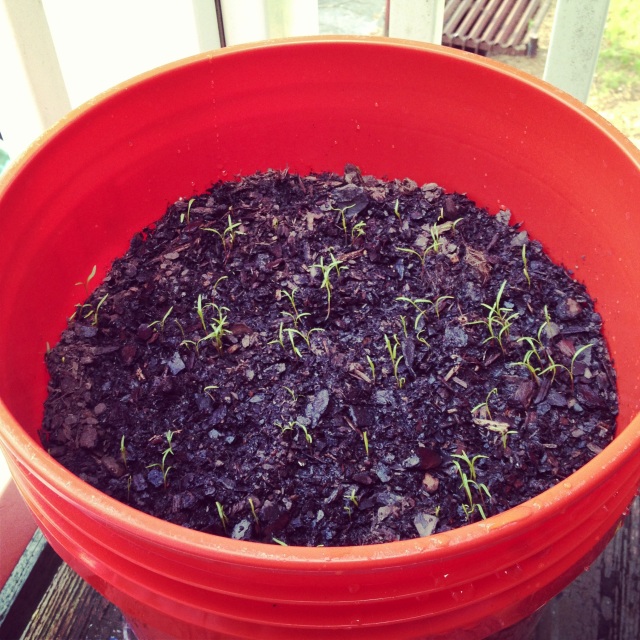 8 comments on “Growing Carrots in a 5-Gallon Bucket”