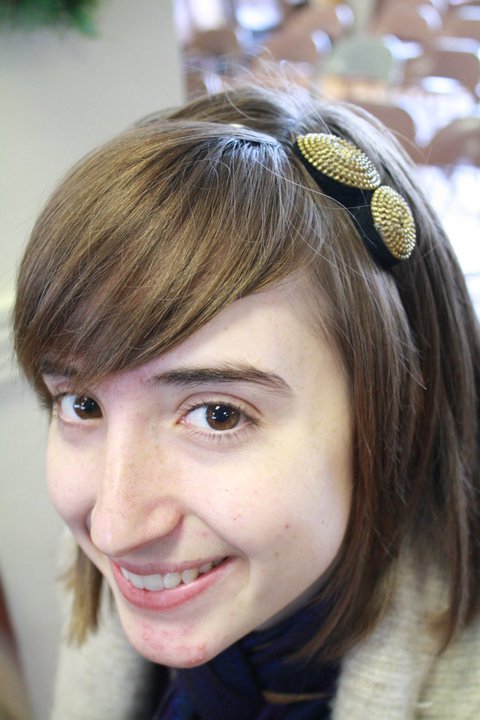 The moment I saw a headband like this in a store, I instantly thought that I could make it at a fraction of the retail cost. And I did!

With a gold zipper, a skinning black headband, a square of black felt and a sewing kit, I was able to pull this off.

I do warn that it is not the easiest of crafts. And I had to be very patient at times, but your work pays off. Give yourself about an hour to make it.

You’re going to be working with one side of the zipper. And basically, it’s a spiraling effect. 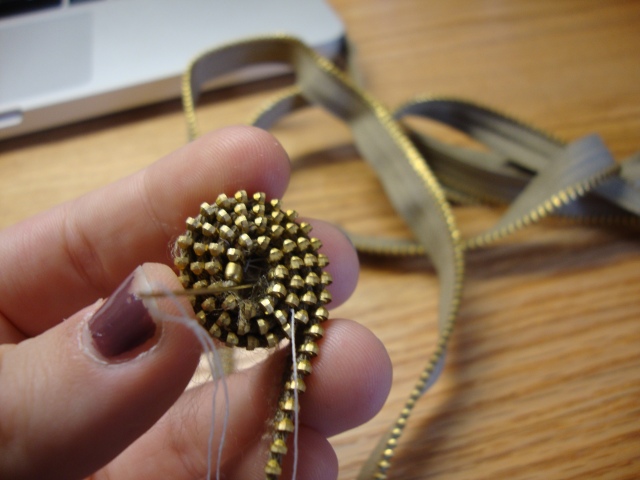 As you wrap the zipper around, sew in and out of the outer layer and the next layer in. To make it easier, you can cut some of the fabric attached to the zipper but make sure to leave at least an 1/4 inch.

When I was finished with the zipper, I used a hot glue gun to attach it to the headband, using a piece of black fabric as a backing. (I chose to use a thin, black headband.) And then as a finishing touch, I used black felt around the edges to cover everything but the zipper.

My zipper was a gift for Kathleen (pictured above). The small circles I maded looked good with her haircut, but for me (with longer hair), I would probably have made them larger.

Me and my mother #MothersDay2020 (Though don’t let Molly fool you; we are still very much cat people. 😉)
Welcome to the club house; membership is automatic.
The pretty things of spring 🌸
Three weeks in, and I echo the sentiment of my (almost 2 year old) nephew, who is under some pretty strict quarantine measures in Spain. Just... let... me... out!
Exhausted after the first day of his new role as coworker
We have mastered the weekend getaway... good food, a fun hotel, good friends, et al.
%d bloggers like this: